With more than 80 years of industry experience

Machine customers all over the world

Li Tie: Fang Zhouzi is the most "failed" person under the current social standard

Li Tie: Fang Zhouzi is the most "failed" person under the current social standard

What is a successful person? According to the standards of the success books in the airport, we can understand success as follows: success is only 30 points of talent and hard work, but it is rewarded with 100 points. Isn't it? Most of the success books at the airport teach people how to carry out personal marketing so that cabbage can be sold at a golden price.

According to this standard, Fang Zhouzi is undoubtedly a rather unsuccessful person.

As early as 1995, Fang Zhouzi received a doctorate in biochemistry from Michigan State University in the United States. With this professional skill alone, he can lead a quiet and superior life in the United States. However, since he was young, he had a romantic feeling like a poet and was not willing to spend his life value in the laboratory, so he chose to return home.

As an early doctor studying in the United States, his return to China has caught up with China's rapid economic growth for more than a decade. With Fang Zhouzi's quality of both arts and science, he could easily have been better off. Most of his classmates must have luxurious houses and famous cars.

Fang Zhouzi's "road to cracking down on counterfeit goods" has taken a full 10 years since he founded the anti-counterfeit website "New Threads" in 2000. Fang Zhouzi said that he would crack down on about 100 fake products every year on average, which would be 1,000 in 10 years. What's more, Fang Zhouzi, who always likes to talk with facts, has almost never failed to crack down on counterfeit goods in 10 years. Academic corruption was revealed one by one, cheats showed their true colors, and the public was enlightened one by one.

However, Fang Zhouzi has not received considerable returns, and so far the mainland public has not been able to browse the "New Threads" website normally. Although Fang Zhouzi is famous all over the world, he has not made a fortune because of this. His income mainly comes from writing some popular science books and media columns.

So far, Fang Zhouzi has written 18 popular science books, but as a popular science writer, his books have not sold well. "Of the books I wrote, the one with the best sales volume sold tens of thousands of copies, which is far from the health preserving books with tens of millions of copies." When asked about the sales volume of popular science works, he said so. In terms of income, he is not much higher than white collar workers.

Fang Zhouzi is not without the opportunity to make a fortune. A health care product company said that they lost 100 million yuan due to Fang Zhouzi's disclosure. In several milk-related cases, it is not difficult for Fang Zhouzi to earn millions as long as he opens his mouth. Unfortunately, according to some vulgar theories of success, Fang Zhouzi's emotional intelligence is too low and he does not touch any of these earning opportunities. For 10 years, he has made numerous enemies, but he has never been found to have received improper benefits. In this regard, Fang Zhouzi is really a seamless egg.

Counterfeit not only did not make money, but also lost a lot of money. Fang Zhouzi lost four lawsuits because of the protection of some local forces and absurd court decisions. In 2007, he was accused of counterfeiting and lost the lawsuit. His wife's account was quietly debited with 40,000 yuan. The other party also threatened revenge. In desperation, he had to take his family to a friend's house.

Just a few days ago, Fang Zhouzi's "failure" reached its peak, almost risking his life: on August 29, he was attacked by two people outside his home. One tried to anaesthetize him with something suspected of ether, and the other was armed with a hammer to kill him. Fortunately, Fang Zhouzi was "quick-witted, ran fast and dodged a bullet" with only minor injuries to his waist.

Fang Zhouzi had some "failures", but the fraudsters and swindlers he exposed were still successful, which may be his other big failure.

"Dr. Xi Tai" Tang Jun has not apologized so far and has set up a new company to go on the market in the United States. Zhou Senfeng is still firmly seated in his position as a local official, and Tsinghua University has not made any response to plagiarism. Although Yu Jinyong disappeared, he did not hear that he had been investigated for those suspected illegal acts. There is also Li Yi, the "immortal Taoist priest", who has only "resigned from the Taoist Association" after being exposed. However, there is no report on his suspected serious crimes such as fraud and illegal medical practice. Fang Zhouzi also admitted that he was worried about the protection of Li Yi by local forces and held a wait-and-see attitude towards whether Li Yi would eventually be prosecuted. There are also a large number of professors who have made false accusations and plagiarized. After Fang Zhouzi revealed them, the vast majority of them went away. Few of them have been investigated and dealt with within the system.

Fang Zhouzi Must Be Beaten

Isn't it? When the swindlers were exposed, the media swarmed in and they must have trembled at first, but as the limelight passed, they found that a formal punishment mechanism did not follow. They can even use all kinds of relations to turn politics into their own private goods and let the judiciary act as their pawn. Fang Zhouzi, when you expose you and the media report you, I stand firm. What can you do for me?

After repeated attacks, the swindlers found the way: there is no sound system to follow up, the media exposure is not too afraid, the media public opinion, every time make a fuss, every time forget too fast.

In addition to the media, the swindlers also found that Fang Zhouzi was the only enemy facing them, not a system. Therefore, they believe that by killing Fang Zhouzi, they have beaten off the road to cracking down on counterfeit goods. The assailant hated him for telling the truth and believed that when he was destroyed, falsehood would prevail. Because, he is only one person in the fight.

The reason why the assailant dared to murder Fang Zhouzi in a frenzied way is that in many cases, the investigation of such matters is really weak. Some time ago, Fang Xuanchang, editor of Caijing magazine, who cooperated with Fang Zhouzi in cracking down on counterfeit goods, was seriously injured when two people attacked him with steel bars on the way off duty. After reporting the case to the police, the magazine sent two letters to the public security department urging attention. The result was an ordinary criminal case with no police force.

Fang Zhouzi said: "If the public security organs had paid enough attention to the attack on Fang Xuanchang and immediately investigated and solved the case, it would be the greatest protection for the victims, and the incident that I was pursued this time might not have happened." It is conceivable that the criminals' escape from the net is a demonstration of evil deeds.

Of course, according to past experience, the focus of Fang Zhouzi's attack is really too high. If the leaders of the political and legal committee ask for a deadline to solve crimes, the probability of solving crimes will not be too low. I still want to say coldly that if Fang Zhouzi's case is not broken, justice and the rule of law cannot be found in our society. However, even if Fang Zhouzi's case is solved, it is likely to be a victory of the rule of man. Without a sound social system, even if Fang Zhouzi is safe, the overall fate of the nameless muckrakers and whistleblowers in this society is still worrying.

In the past, when studying moral philosophy, I didn't quite understand why "Theory of Justice" was all about distribution. Later, I slowly understood that distribution is the foundation of social morality. To put it more bluntly, a social mechanism requires good people to have good results. Only in this way can the society have morality, progress and prosperity. On the contrary, social morality will retrogress and will sink into ruin and collapse due to corruption.

Fang Zhouzi has been cracking down on counterfeit goods for 10 years. In terms of personal returns, he can be said to be "damaging others but not benefiting himself". The only benefit is our social justice. He made individual counterfeiters have no place to hide by direct fire. He kept the academic palace and the final purity of social morality for ten years, and let the evil forces fear because of his existence.

Fang Zhouzi resisted the demons by himself, just like a chivalrous man, pure and solemn. He became a well-known "fighter" for cracking down on counterfeit goods and almost became a martyr. For Fang Zhouzi, it may be a noble humanity, but for the whole society, it is a sorrow.

Fang Zhouzi's wife expects Beijing police to arrest the murderer as soon as possible, and she also expects the day when Chinese society no longer needs Fang Zhouzi to resist demons by herself. If a society lacks a sound system and mechanism and always lets individuals face the demons, then more people will join the demons soon. 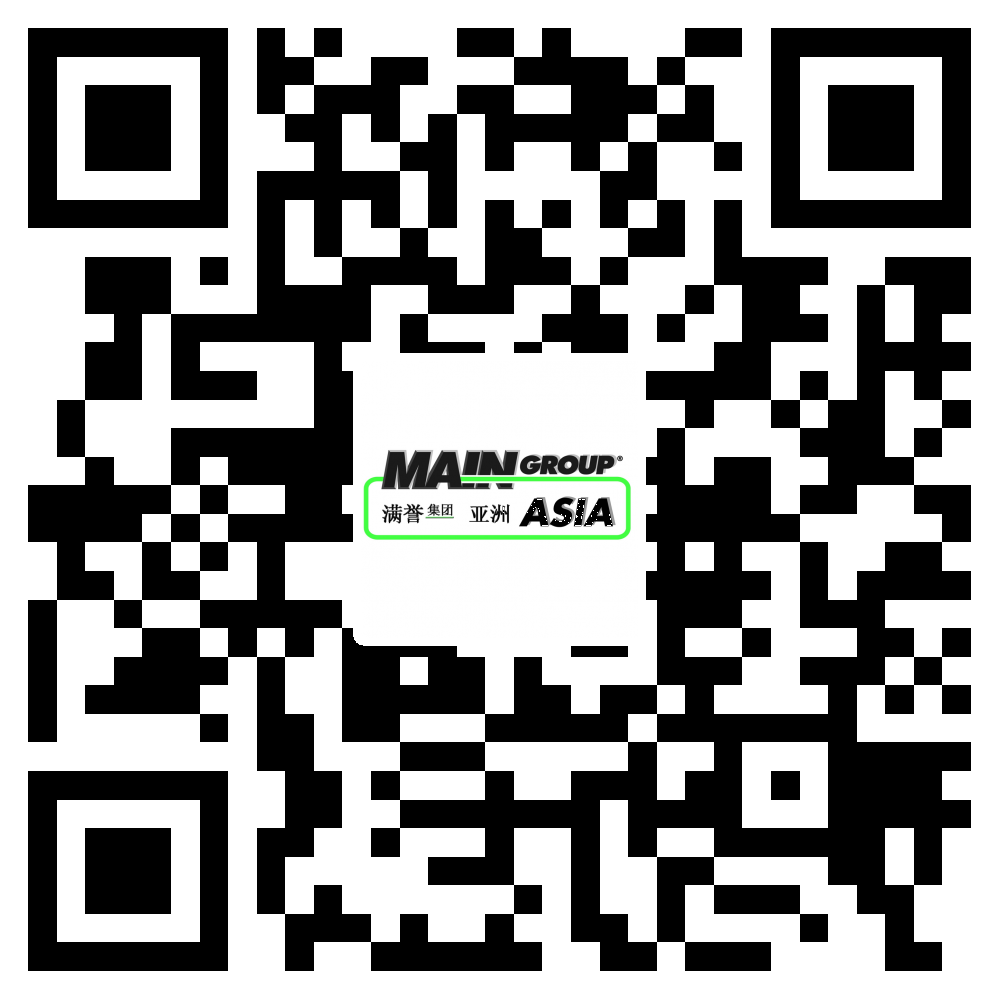